About the Caldecott Award 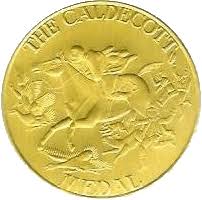 The Caldecott Medal was named for nineteenth-century British illustrator Randolph Caldecott. It is awarded annually by the American Library Association to the artist of the most distinguished American picture book for children.  The first award was given in 1938.